The Cultural Village Foundation, Katara screened on Tuesday the Vietnamese movie Yellow Flowers on the Green Grass on the occasion of the 25th anniversary of the establishment of diplomatic relations between Vietnam and Qatar.

The event was attended by Katara general manager Dr Khalid bin Ibrahim al-Sulaiti, Vietnamese ambassador Nguyen Dinh Thao alongside senior embassy members and officials, and Cuban ambassador Ernesto Daniel Plasencia Escalante, along with other senior Qatari officials and VIP guests.
“ On the 8th of February 1993, the Socialist Republic of Vietnam and Qatar established diplomatic relations. Vietnam – Qatar relations has made significant improvements in the last 25 years and there will be many further steps in time to come. There have been exchanges of high-level delegations between the two countries including the official visit to Vietnam by His Highness Sheikh Hamad bin Khalifa al-Thani in 2012 when he was the Emir and the official visit to Qatar by Nguyen Xuan Phuc, Deputy Prime Minister who is now the Prime Minister of Vietnam,” pointed out the Ambassador.
He said that a number of agreements have been signed for bilateral co-operation in many fields such as politics, economic, investment, labour, and education, stressing that with the attention of leaders of the two countries, the relations between Vietnam and Qatar will be more developed and strengthened in the coming years.
“The screening of Yellow Flowers on the Green Grass is the first activity to open the year of celebration of 25th anniversary of the establishment diplomatic relations between Vietnam and Qatar,” he pointed out.
A wide variety of cultural activities including photo exhibitions, Vietnamese cultural and cuisine festival, cultural performances will be organised throughout the year to promote cultural diversity and artistic collaboration between the two countries. He also thanked Katara for supporting such events.
Dr al-Sulaiti stressed the importance of the Vietnamese culture, stressing that Katara is keen is keen on enriching the culture scene in the country through hosting such events from different countries. 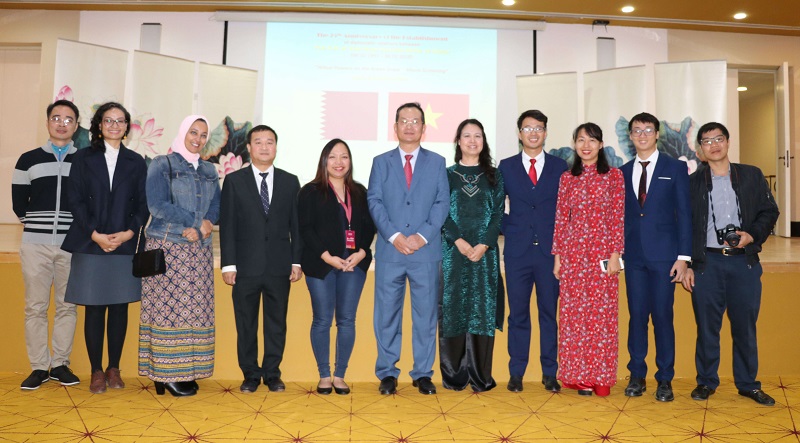 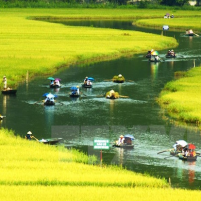